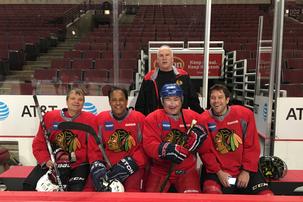 ​​With the assistance of former Chicago Blackhawks’ players, local celebrities, and the Lawyers Hockey Team came together  once a year from 2003-2016  at the United Center to raise funds for the Chicago Legal Clinic.

The Chicago Legal Clinic an organization ranked one of the best Charities by Chicago Magazine.  The Chicago Legal Clinic has a thirty-four year history of providing legal services to the poor and elderly in the Chicago area.  Founded as the South Chicago Legal Clinic by DePaul College of Law classmates the Most Rev. Thomas J. Paprocki, Bishop of Springfield, and Edward Grossman, long time Executive Director, the Clinic serves a host of legal needs focusing primarily on vulnerable populations, such as immigrants, the disabled, victims of domestic violence, those facing foreclosure, children in the midst of divorce, consumers with serious debt issues, and those confronting urban environmental problems.

As hundreds looked on, the All-Stars featuring former standout players such as Cliff Koroll, current radio analyst Troy Murray, Reggie Kerr, Joe Carboneau, along with Hockey Hall of Fame television broadcaster Pat Foley, among others, faced off against the Lawyers composed of such luminaries as Bishop Paprocki, Congressman Mike Quigley, CBS2’s Rob Johnson, C.J. Koroll, Kevin Magnuson, and others.

Following the All-Stars-Lawyers game, supporters mixed with the players and Blackhawk legends for cocktails and dinner at the United Center. 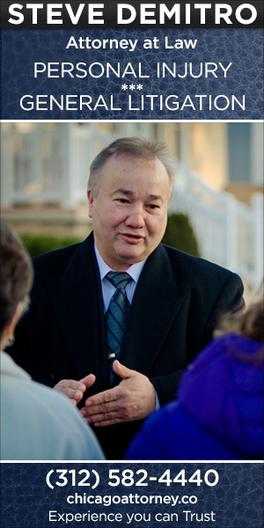 For players 30 and Over

Masters Hockey  was founded over 25 years ago, and is a great Chicago Adult Hockey program which believes in good sportsmanship above all else.  If you are balding, developing love-handles, need to catch your breath at the top of  a flight of stairs, pride yourself in making a great pass as much as scoring a highlight reel goal, then this league is for you.  If however, you think the scouts are in the stands watching you and you live of reself-gratification of making pylons out of the older less-skilled competition, then we kindly invite you not to join our league. 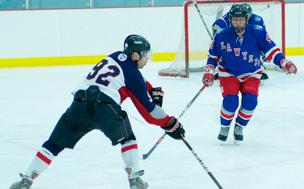 Lawyers Hockey Team do more than ​

They give back to the community. 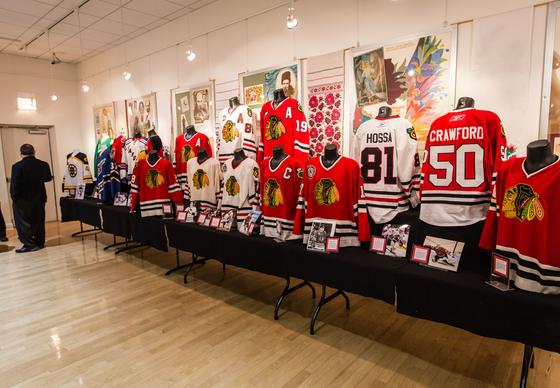 Masters Hockey program has more fun than than any league in town.  Our program is where novice and skilled players over the age of 30 enjoy the greatest game on earth.  Passers and scorers are invited to share the ice equally in a spirt of sportsmanship, fun and camaraderie. 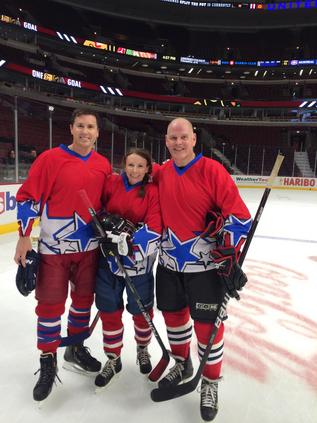 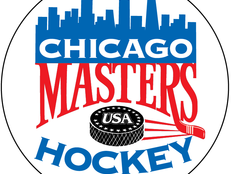